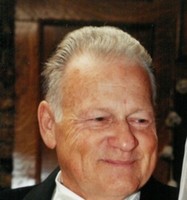 Billy Gene Sykes passed away at his residence Monday, January 22, 2018. He was born in White Bluff, Arkansas on May 25, 1933 the son of Byron and Emma Sykes. He served in the United States Army and received the National Defense Service Medal. Mr. Sykes worked as a decorator in the Union for the Freeman Company. He married Rhonda Braden on April 1, 2000 in Mesquite, Texas.

Mr. Sykes was preceded in death by his parents.

A memorial service will be held later at the Dallas/Ft. Worth National Cemetery.

To order memorial trees or send flowers to the family in memory of Billy Sykes, please visit our flower store.