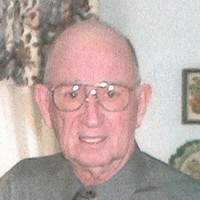 Bill McLarry, 82, of Greenville passed away Friday, March 25 at his residence. Graveside service will be 11:00am Tuesday, March 29, at the Calera Cemetery in Calera, OK. No formal visitation but you may pay your respects Monday until 8pm at Peters Funeral Home in Greenville.

Bill was born September 4, 1933 in Mead, Oklahoma to Jim Church McLarry and Rubye Grace Van Zandt McLarry. He proudly served his country in the U.S. Army and was married to Faye DaVault for 61 years before she preceded him last year. Bill worked for and retired from Raytheon.

To order memorial trees or send flowers to the family in memory of Billy McLarry, please visit our flower store.