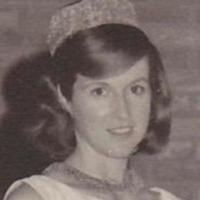 Betsy A. Teeter, 78, passed away peacefully on Saturday, December 7, 2019 at Hunt Regional Medical Center in Greenville, Texas. She was born Betsy Ann Olson on June 20, 1941 to Phoebe Ann Olson and Harold Olson in Lakewood, Ohio, the youngest of two children. From an early age, she enjoyed doing artwork, a passion that followed her throughout her life. After graduating from high school, she attended the Rochester Institute of Technology in Rochester, New York where she majored in Art and Design. She graduated in 1963 with a Bachelor of Fine Arts degree and went to work for the Burroughs Company in Rochester doing artwork for signature plates. In December of 1965 she married Robert Graham Teeter, an electrical engineer. They had two children, Jennifer and Glenn, in Rochester before relocating to Cincinnati, Ohio and then Ft. Wayne, Indiana. They have resided in Greenville since the late 1980s. Betsy is survived by her loving husband, Robert Teeter; daughter Jennifer Teeter Taylor of Dade City, Florida; grandsons Aidan Taylor and Declan Taylor; son Glenn Teeter of Golden, Colorado; daughter-in-law Muriel Teeter; granddaughter Chloe Teeter; grandson Hugo Teeter; and brother Larry Olson of Talladega, Alabama. Throughout her life, Betsy took no greater pleasure than making art and sharing it with people, often doing portraits of the people she encountered. She also enjoyed making miniature scenes from stories and life and spent many happy hours populating her “room boxes.” Services will be held on Thursday, December 19, 2019 at 11:00 am in the Peters Funeral Home Chapel.

Peters Funeral Home
To order memorial trees or send flowers to the family in memory of Betsy Teeter, please visit our flower store.